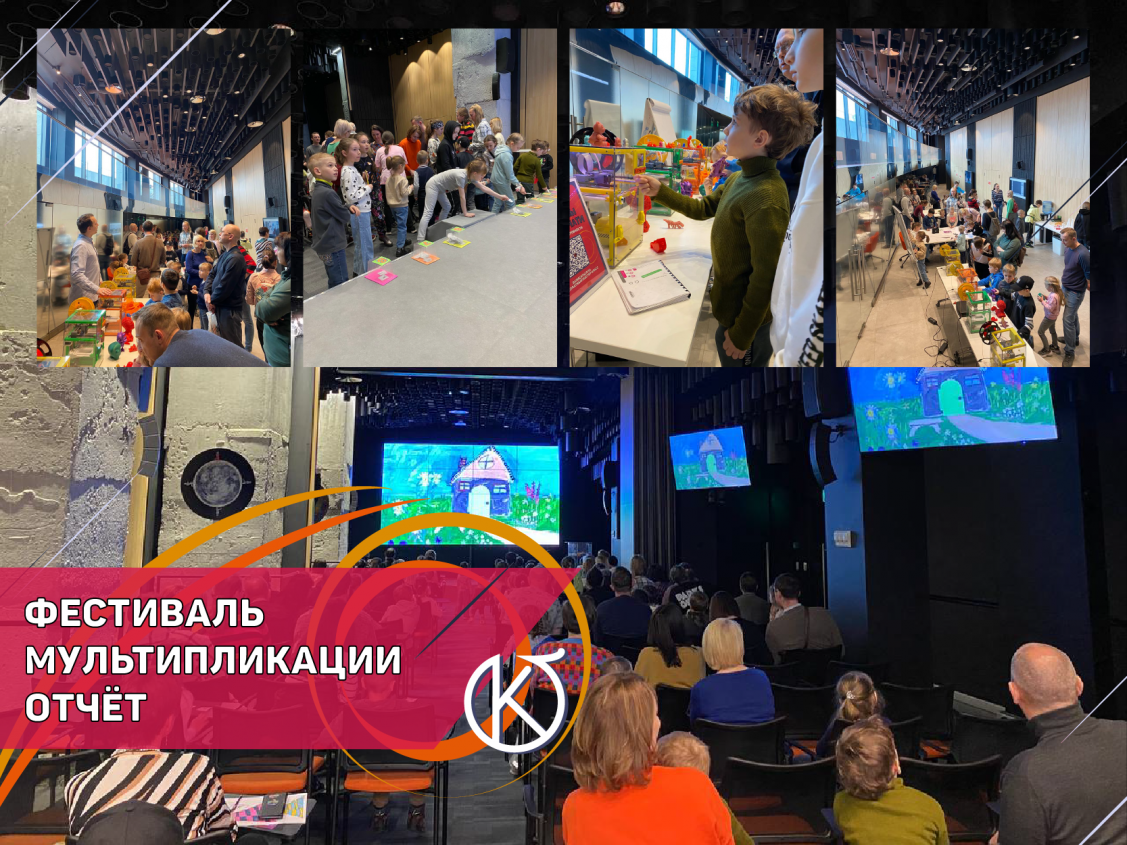 On 30th April the Animation Festival was held at Kalibr Technopark. The event was prepared by Kalibr Animation Technopark in cooperation with Palma Animation Studio.

The students of the animation studio have been preparing their cartoons for a whole year to present them to the public. All works were performed using the technology of plasticine molding and frame-by-frame shooting. The uniqueness of such cartoons lies in the fact that children write the script, create locations and images, and voice their characters all by themselves.

In the competitive part of the festival, 8 participants presented their works. They showed their projects to the public, made a presentation of the idea and received feedback from the audience!

The voting for the best cartoon took place in a live format. All guests took part as a jury. The winner was chosen, all participants received awards and memorable gifts from ANO Human Capital Development. Also, a special nomination was announced - BASK Choice - from the festival partner and resident of Kalilbr. The winner was awarded a certificate for the company's products.

After the competition program, Palma Animation studio presented an exclusive cartoon to the guests. This cantoon was sent to space! Especially for the 60th anniversary of the first manned flight into space, the children created a cartoon that was sent into orbit as a gift to the astronauts. And at the festival for the first time everyone was able to watch it already on Earth.

In the second part of the program, the guests took part in a series of interactive master classes and presentations of the festival partners: Kalibr Animation Technopark, Moscow Polytechnical Children's Technopark and VOVA Digital agency.

Technoparks talked about their educational programs and plans for the summer, and VOVA Digital talked about what metaverses are in Roblox and shared a real case of their cooperation with the Saturday TV channel.

While the parents were fascinated by the presentations, the children took part in master classes in 3D printing and sketching from Kalibr Animation Technopark.

Aleksey Ryazanov, the chief engineer and creator of Meteor 3D printers, gave everyone the opportunity to make their first print, get a souvenir and learn a lot about the world of additive technologies.

Ekaterina Plotnikova, head of the Kilturniy Kot ART Studio, delighted the guests with a sketching master class. Parents and children learned how to create an illustration of a fairy house using markers and imagination.

The festival ended with a lottery with prizes from partners for all visitors. Kalibr Animation Technopark, Palma Animation Studio, Moscow Polytech, companies Meteor, CUPPER, Masha and the Bear and the Kulturny Kot Art Studio prepared more than fifty gifts that were raffled off and given to the participants. Education certificates with up to 100% discount, souvenirs, branded products and much more.

None of the participants went unnoticed. The festival was fun, informative and creative! The organizers are satisfied with the result and a similar festival is already planned for next year.