Hydrogen energy is gaining momentum and increasingly acts as a plan for the development of the world. On the eve of a major conference on hydrogen energy in the fall of 2021, an introductory seminar was organized in Kalibr Technopark for those who are just starting to study this topic, as well as for startups looking for partners.

The seminar called "Basics of Hydrogen Energy" was held on April 14 in the conference hall of Kalibr Technopark. Experts from the Institute of Problems of Chemical Physics of the Russian Academy of Sciences discussed with the participants of the seminar the evolution of electric transport, the device of lithium-ion batteries, their pros and cons. Colleagues announced the complex project "Moscow - Kazan Hydrogen Energy Transport Corridor ". On this section of the highway, hydrogen filling stations will be available first of all. 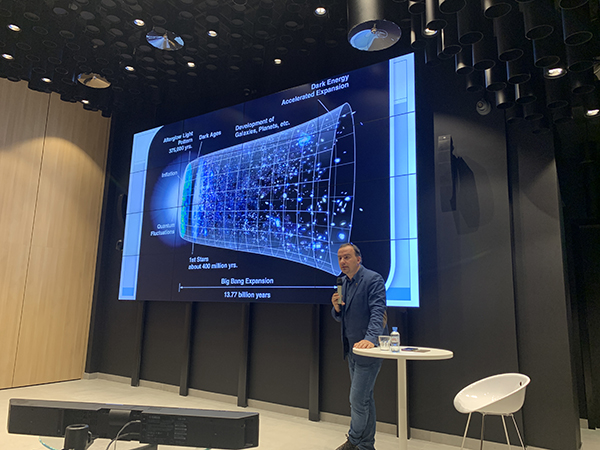 The chief engineer of the resident company of Kalibr Technopark shared the experience of NaukaSoft's participation in the First Element. Air, where, in accordance with the competition task, it was necessary to create a working power plant based on hydrogen fuel cells of certain parameters, place it on the multicopter platform provided by the organizers of the competition and stay in the air for at least 3 hours.

And Ilya Fedichev, the technical director of the Evocargo company, told the guests about what  hydrogen energy awaits in the near future, showed the latest development of the company - a cargo unmanned platform and invited everyone to test the platform on hydrogen in autumn, which is being developed now. 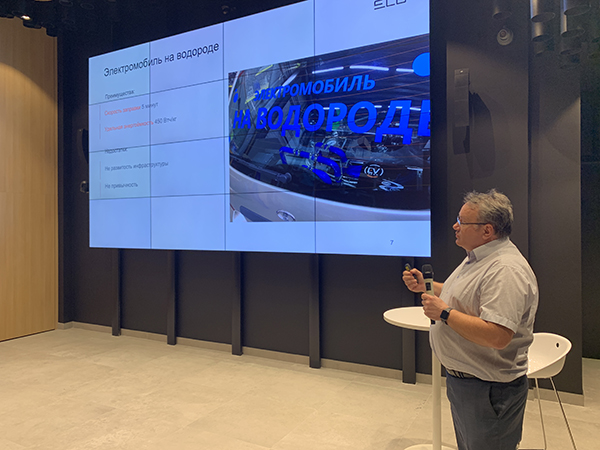 The seminar was held in the format of a discussion, gathered curious participants, representatives of such companies and educational institutions as: LLC Ekofizika, State University of Management, National Gas Engine Association, National Technological Chamber of the Russian Academy of Sciences and others, and more than 150 spectators watched the live broadcast. Based on the results of the event, a preliminary program for the autumn conference was determined, at which, in addition to performances, demonstrations of electric transport operating on hydrogen, a quadcopter competition and chemical experiments will take place.